Where there’s a wound, there may be a scar – and there is almost no surgery without a scar. An ideal surgery would leave no scar, but it often does. Read on to find out more about how to minimize your surgery scars.

What are surgery scars?

Surgery often leads to permanent scarring due to the incisions to the skin during the procedure. Your surgeon will close this wound to the best of their ability so that it will heal with minimal scarring.

Apart from the type of wound, its location, and the closure technique used, there are other factors that influence the type of scar you might get from surgery. Some you can control yourself, such as exposure to the sun or smoking, but others you can’t do anything about, including your age, genetic predispositions, phototype and ethnicity.

The scar usually takes on its final appearance after 1 to 2 years. Typical scars after surgery are:

Recovery from surgery takes place over a number of distinct phases where you’ll need to care for your scars in different ways.

Immediately after surgery (for one to three weeks)

Immediately after surgery, the wound is usually treated with antibiotics and petroleum jelly to provide an ideal environment for the wound healing process. Moisture protective dressings such as Silicone gel sheeting can also be used to accelerate epithelialization and decrease collagen deposition[1].

After wound closure (about a week after surgery)

After the wound has closed, your doctor may recommend a topical scar cream. 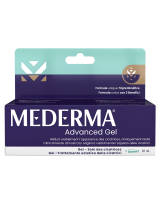 After the initial scar formation period, where a moist environment is most important for treatment, the incisional pain usually subsides, and patients return to normal activities. This means that the scar now needs extra protection against environmental factors, especially sunlight. The fresh skin on scars is particularly sensitive to the sun, and it is highly recommended that you protect scars from the sun for around 18 months[4,8,9] Antioxidants, such as vitamins A, C and E, protect the skin from photo damage[10], and a sunscreen protects the scar from sunlight[3,4].

Scar Care 101: How to Treat Your Scars

If you’re having surgery, you should expect some form of permanent scarring. But you can reduce your scarring in a number of ways:

Did you like this article? Please let us know if you found this article useful.
Reviewed by
Cécile Artus-Arduise
Head of Medical Affairs at HRA Pharma
Cécile has worked with HRA for over 3 years, and has been working in pharmaceuticals since 2011. She studied at the Paris-Sud University attaining a Doctorate in Biology/Biological Sciences.
Torna all'inizio